Great when you're in a rush and don't want to mess with making your own fancy pork chop marinade. This was delicious with these two thick, beautiful sirloin chops. 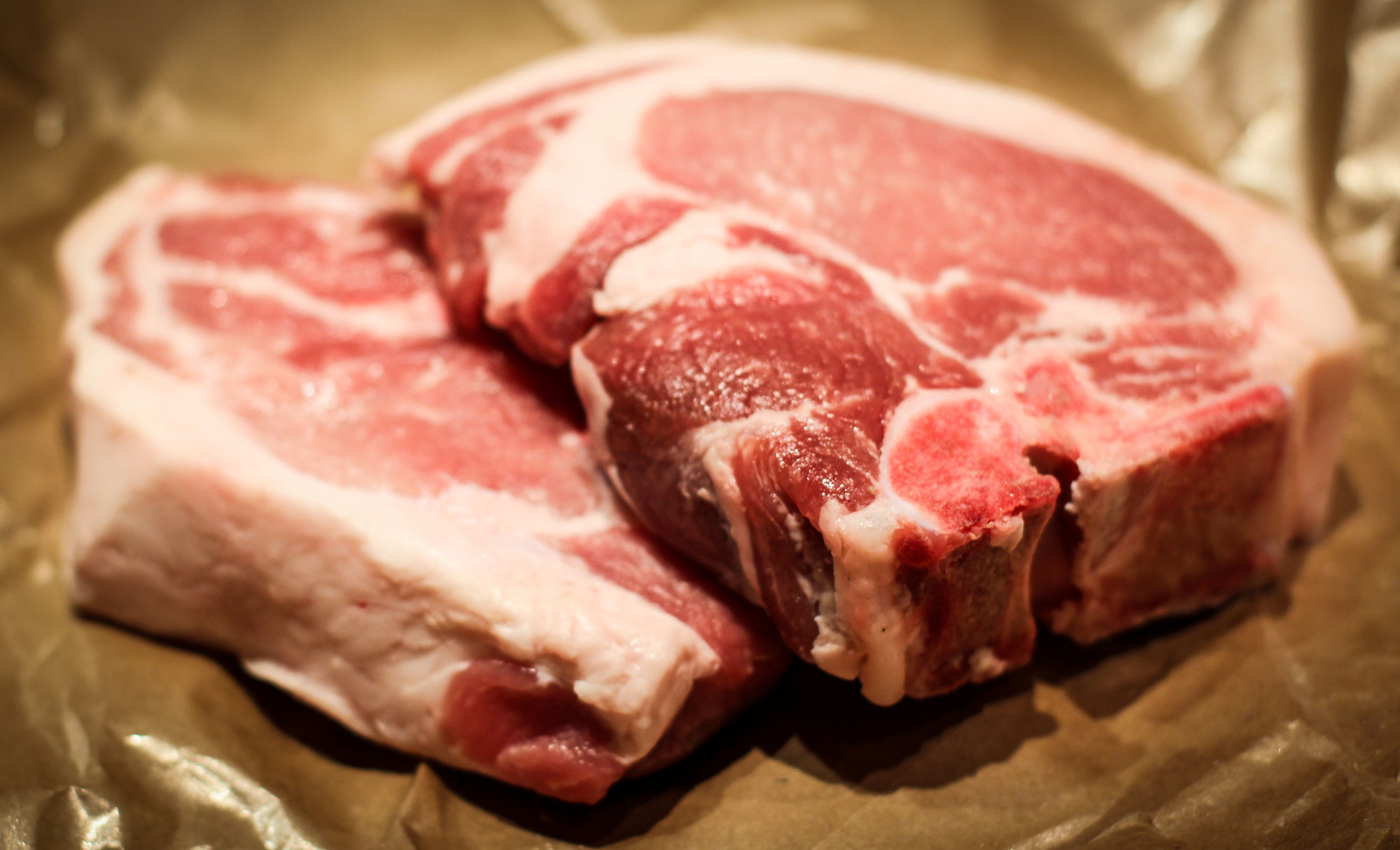 One jar of the pepper & onion relish is plenty for two large pork chops.

I bagged each of my pork chops separately because they were enormous. Put a little less than half the jar of relish in each bag with the pork chop, and work it around so it's covering the meat well, then seal the bag. Place it in the fridge to marinate for a day or two.

Cook in the immersion circulator for 60–90 minutes at 145° (I went closer to 90 minutes for these since they were so thick). I would have preferred to finish these on the grill, but it was raining, so I gave them a sear in the cast iron skillet. The relish will stick a bit to the skillet, but it shouldn't be anything a good deglazing can't handle. Still, cleanup will be easier on the grill if that's an option.

After searing, add the remaining relish on top of the pork chops for a little extra heat and flavor. The jalapeno in the relish really mellows out during the cooking, so I like to add a little of that back in at the end.

Self-taught programmer and tinkerer. I love the precision and repeatability of sous vide cooking, so I started this site to share what I've learned.